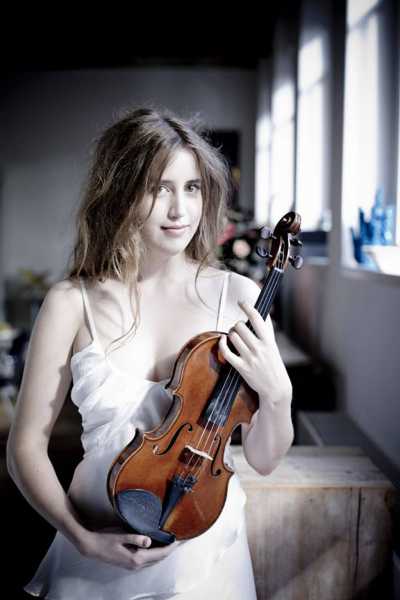 Vilde Frang’s profound musicianship and exceptional lyricism has elevated her as one of the leading and most individual young artists. In 2012 she was unanimously awarded the Credit Suisse Young Artists Award which led to her debut with the Wiener Philharmoniker under Bernard Haitink at the Lucerne Festival. Regularly appearing with the world’s leading orchestras, 2016 saw Vilde make her acclaimed debut with the Berliner Philharmoniker under Sir Simon Rattle as part of their Europa Konzert; she returned during the 17-18 season for subscription concerts at the Philharmonie and the Baden Baden Easter Festival with Ivan Fischer. Other recent highlights have included performances with the San Francisco and Pittsburgh Symphonies, Munich and LA Philharmonics, Bamberger Symphoniker, Leipzig Gewandhaus Orchester, Orchestre de Paris and Frankfurt Radio Symphony Orchestra, as well as extensive European tours with the Deutsche Symphonie Orchester Berlin and the Orchestre Philharmonique de Luxembourg. During the 2021-22 season, Vilde will be Artist in Residence with the Royal Stockholm Phiharmonic Orchestra, apprearing with the orchestra twice during the season and in recital with pianist, Denis Kozhukin. She will also be a Focus Artist with the Tonhalle Orchestra Zurich. That season also sees engagements with the Wiener Symphoniker at the Musikverien and on tour, Chamber Orchestra of Europe, BBC Symphony Orchestra at the Barbican Centre and on tour in Korea, Scottish Chamber Orchestra, Orchestre Philharmonique de Radio France, Deutsche Kammerphilharmonie Bremen, NDR Elbphilharmonie Orchester and a return to the Los Angeles Philharmonic and San Francisco Symphony orchestras.